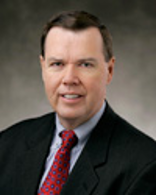 David Greenlaw spent more than 33 years in a variety of roles with the investment banking firm of Morgan Stanley in New York City. Upon his retirement at the end of 2019, he was Managing Director and Chief US Trading Desk Economist.  Over the course of his career, his primary duties involved analysis of the US economy and credit markets, including Federal Reserve and Treasury activity. Greenlaw was named Best Fed Forecaster in a Bloomberg Markets magazine survey. He was also the first back-to-back winner of the Dow Jones MarketWatch Forecaster of the Month award. Along with his former colleague Richard Berner, Greenlaw received the 2012 Lawrence Klein Award for Blue Chip survey forecast accuracy and the 2009 Outlook Award for accuracy in economic forecasting presented by the National Association for Business Economics (NABE).

Before joining Morgan Stanley in 1986, Greenlaw served on the staff of the Federal Reserve Board in Washington, DC, for four years.